The Flavor Café is getting closer to opening.  Rowan is reviewing menu options while Parker discusses some things with Rahim, Rowan's man. 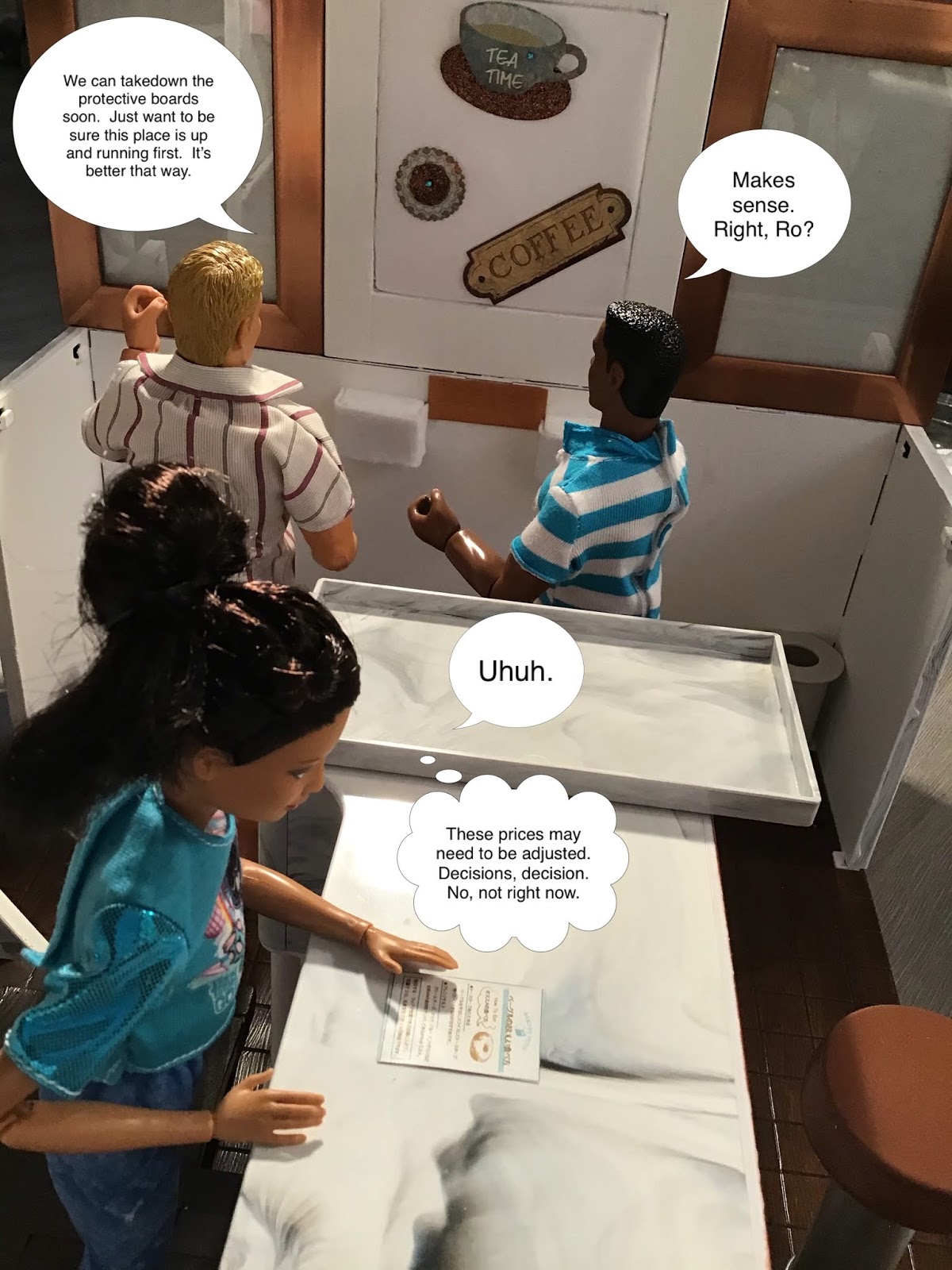 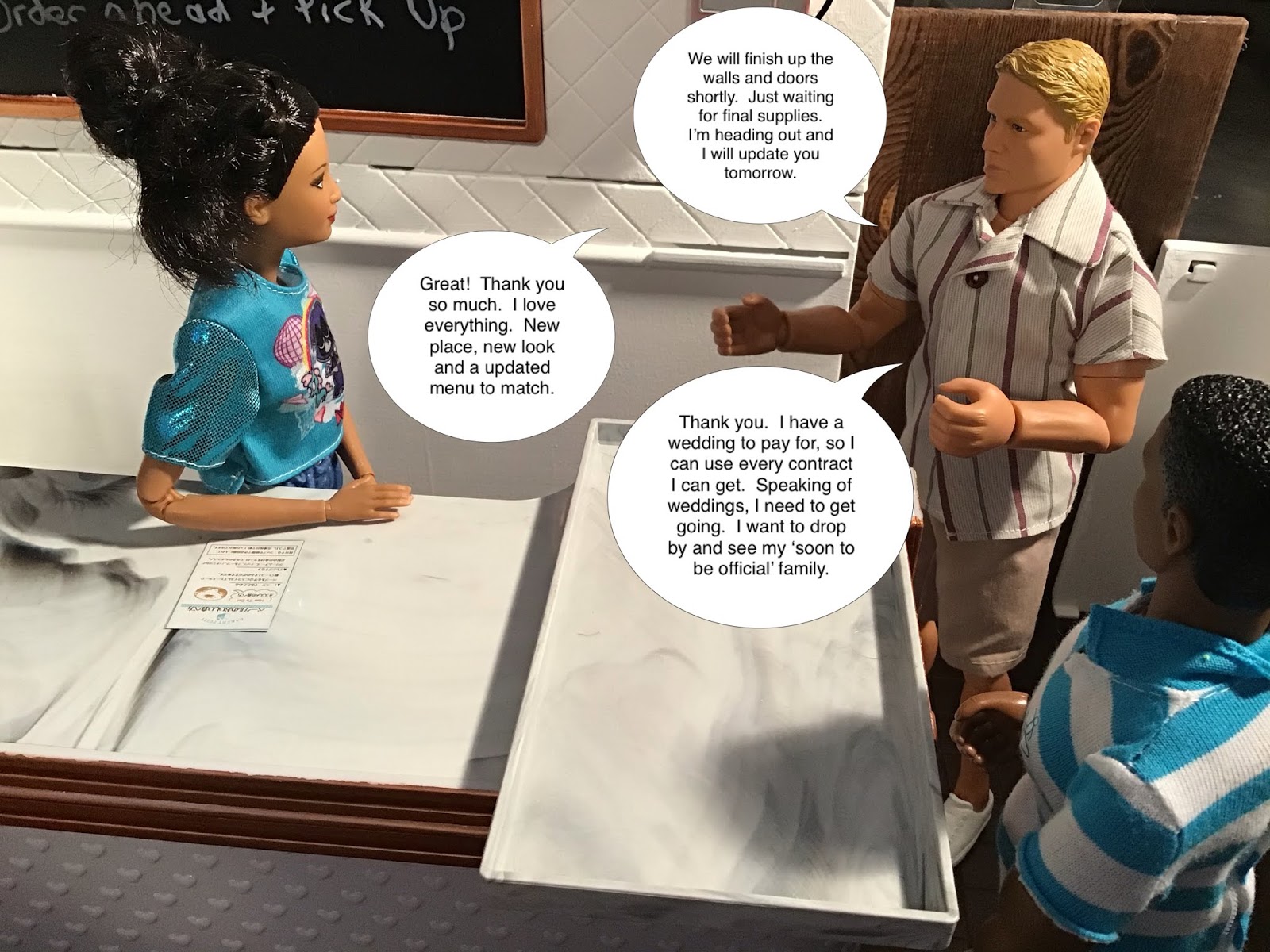 Rowan and Rahim say goodnight to Parker and he leaves to visit with Ember and Erwyn.  Rahim walks over and wraps his arms around Rowan's waist.  As much as she wants to keep thinking about the menu, Rowan enjoys the attention from Rahim and doesn't resist. Parker's comment is a great lead-in for a conversation Rahim has been thinking about having with Rowan. 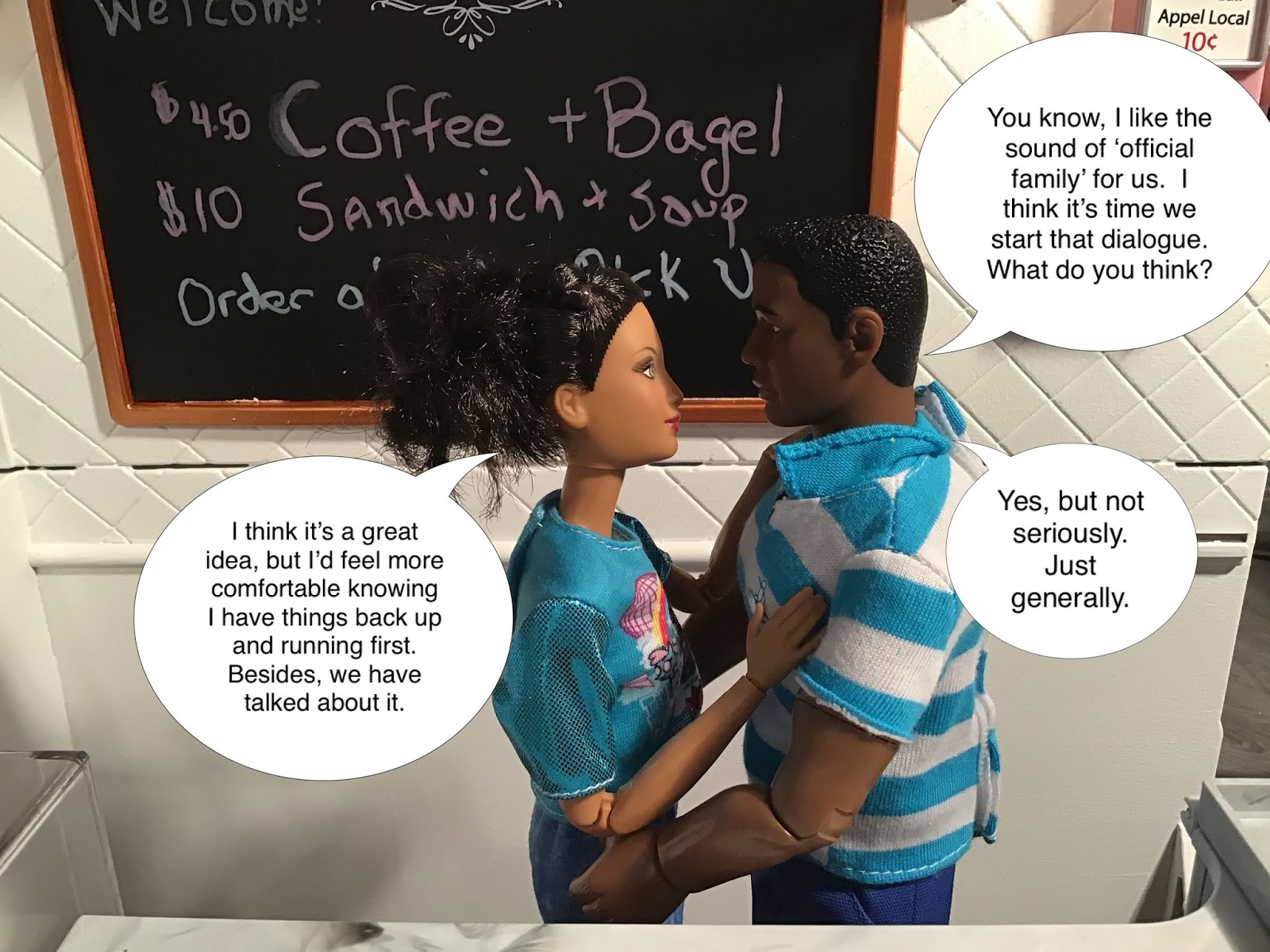 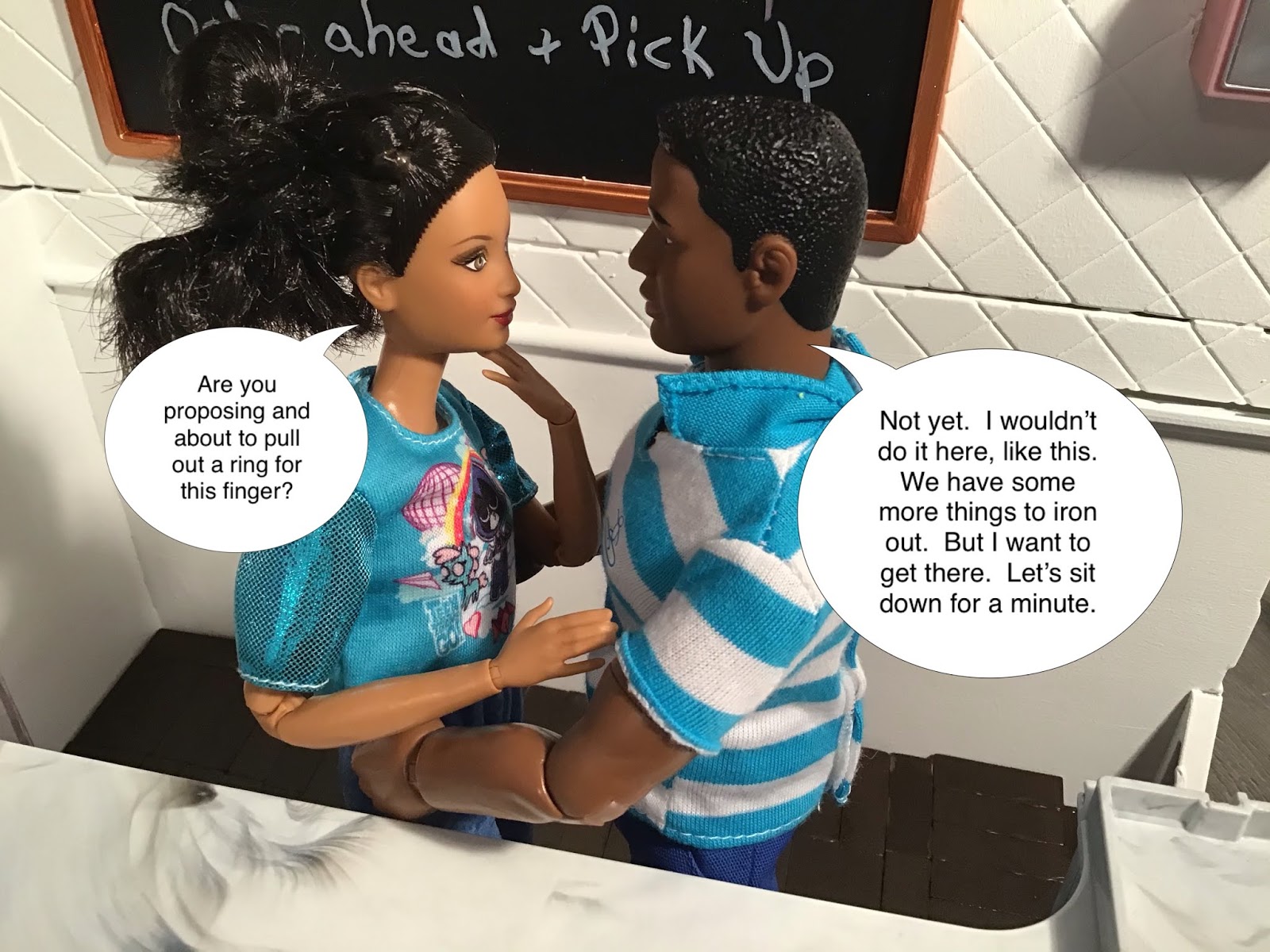 Rahim is amused by Rowan's reaction.  He can tell she's insulted, but he has no issue with explaining his reasoning. 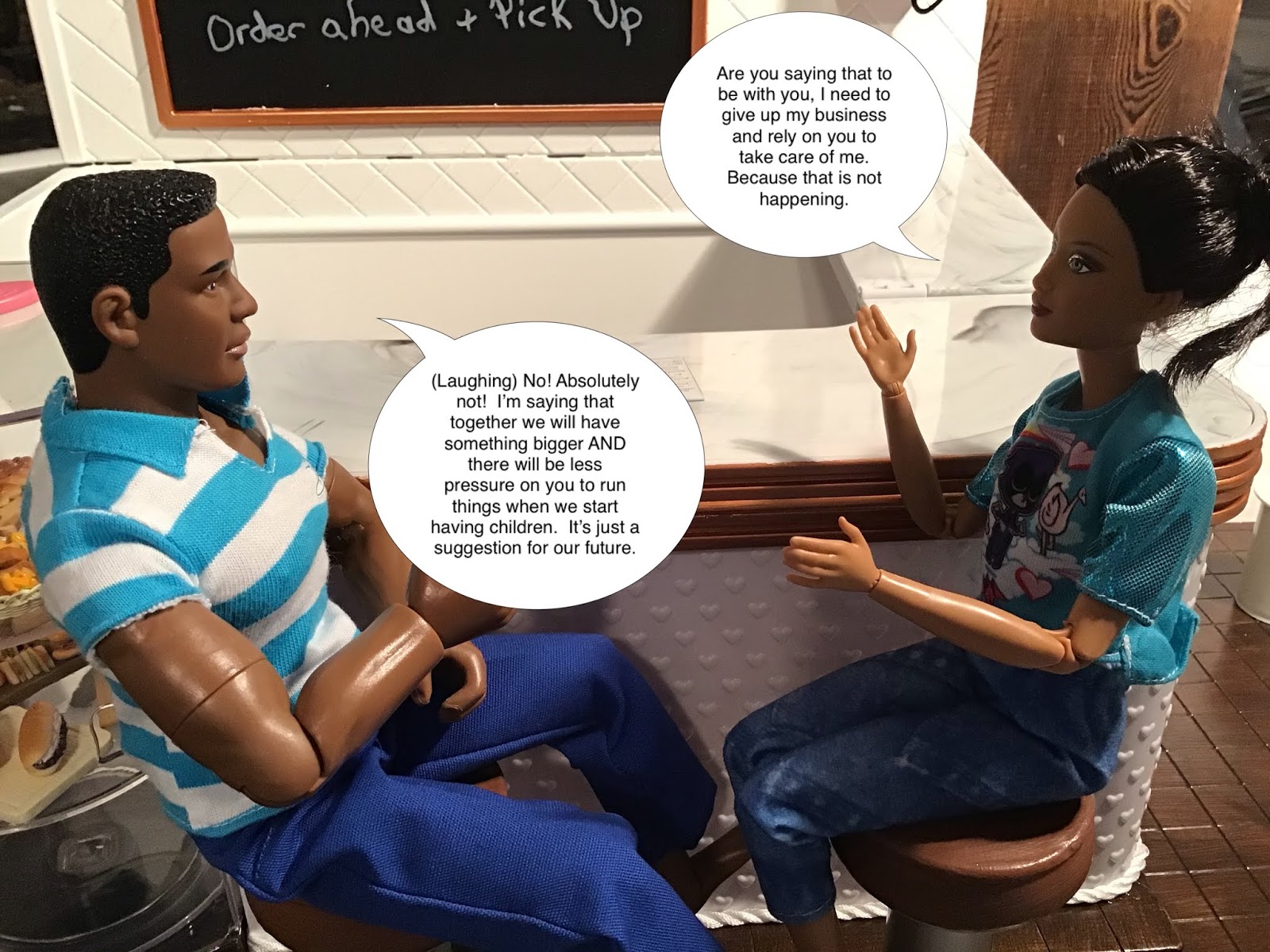 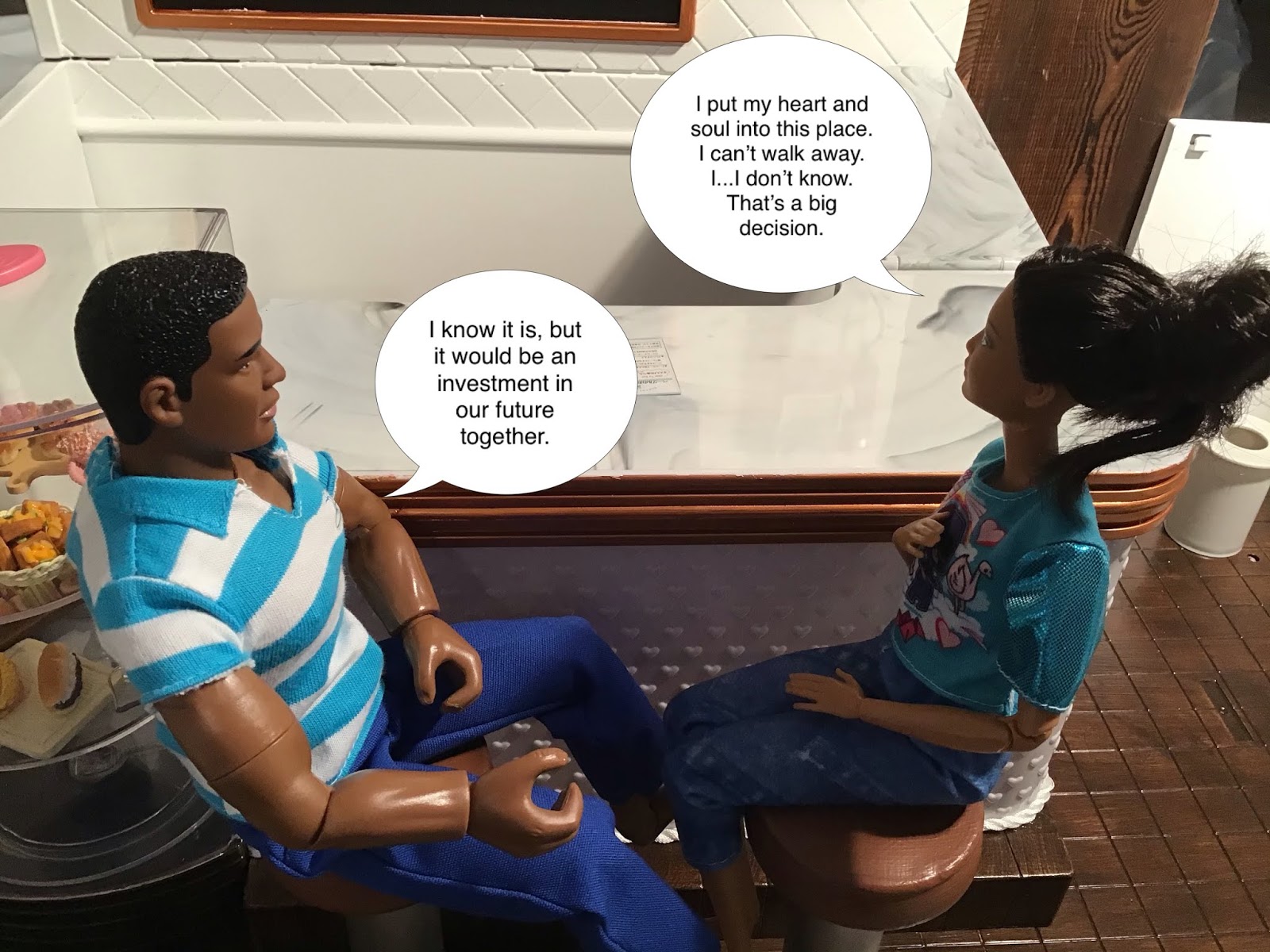 Rahim expected some surprise from Rowan, but not for her to believe he's a heel trying to rule over her.  It was never his intention. 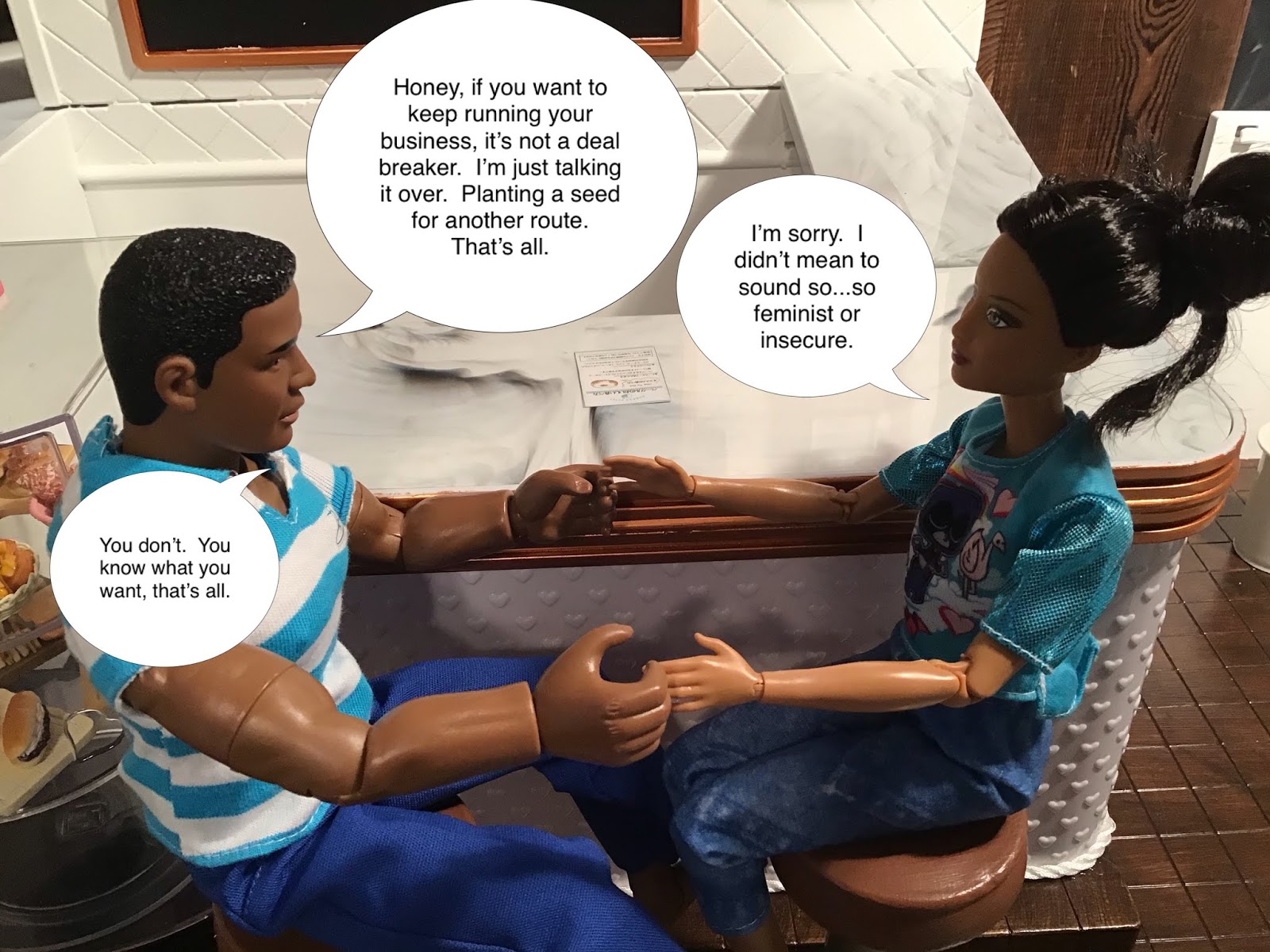 Rahim figures they have talked enough about the future.  He had shared his thoughts on a possibility.  There was no need to rock the boat any futher.  He knew Rowan would give it some additional thought later and whether she agreed it was the right path or not, Rahim was still committed to moving forward. It would take something more than Rowan wanting to keep her business to make him leave her. 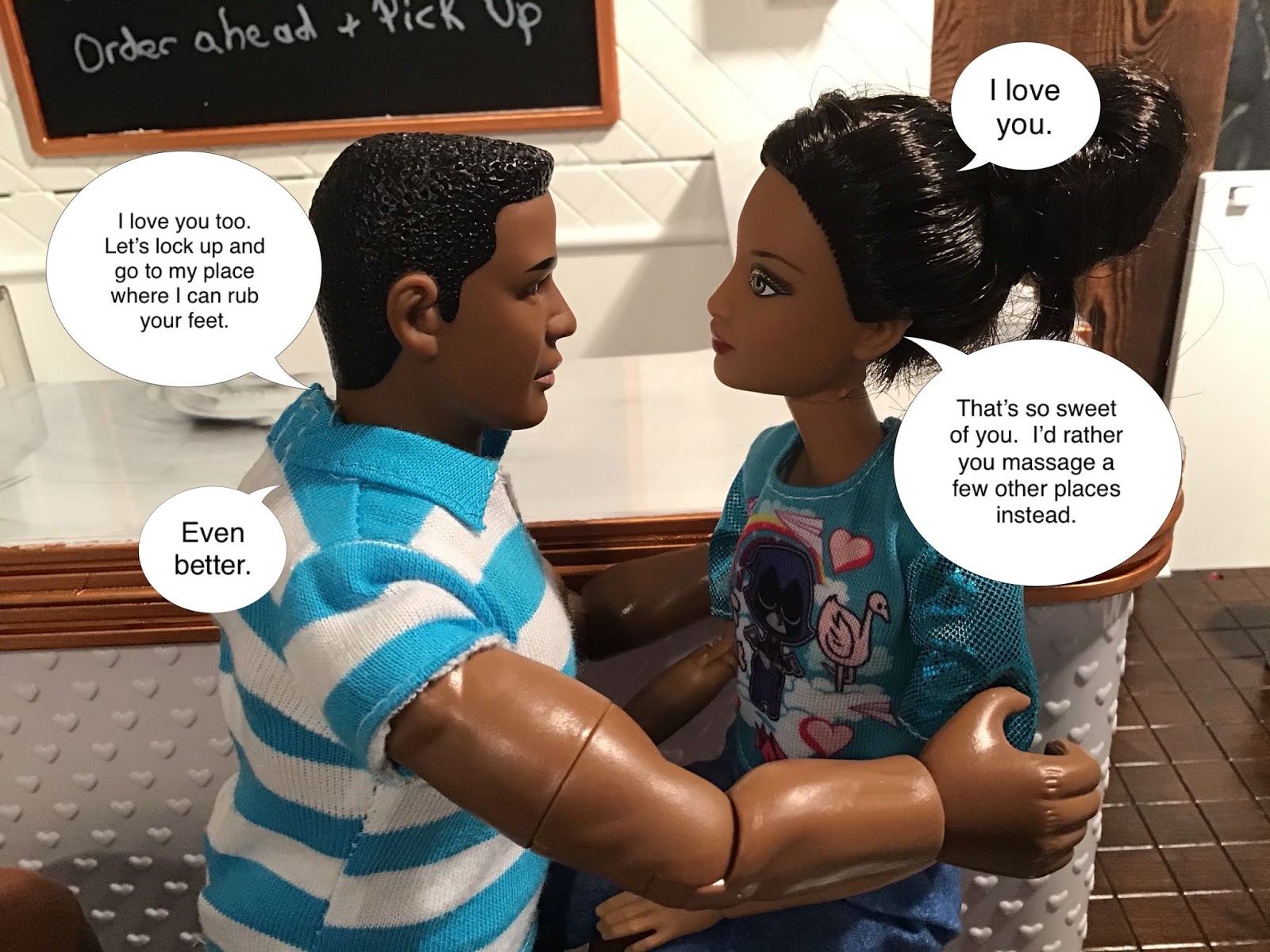 I wonder when Rahim is going to propose.  Considering Parker and Ember have yet to get down that aisle or get their new place together, I need him to be patient.  I'm sure you can see The Flavor Café has a new color scheme.  For some reason, I was inspired to go in this direction and Rowan finds it to be an inviting choice.

Glad you are able to stop by.  We should be back to a pretty regular schedule soon.